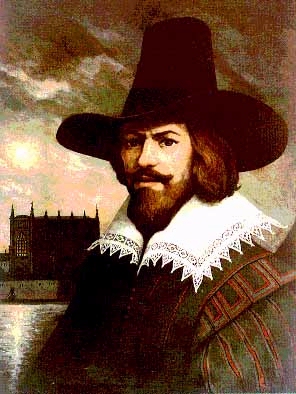 On 5th November every year, people all over Britain become pyromaniacs for the evening, lighting bonfires and setting off fireworks. This annual tradition is a way of remembering the events of November 5th 1605 when a plot to blow up the Houses of Parliament, killing all inside it including the King, was foiled. One of the most famous conspirators of what became known as the Gunpowder Plot was Guy Fawkes. Here are ten facts about him.

Guy Fawkes, or Guido Fawkes as he also liked to be known, was born on April 13th 1570 in Stonegate in York. He was educated at St. Peter's School in York.

Guy Fawkes was born a Protestant but converted to Catholicism when he was about 16. At the time, religious teaching was dictated by the Church of England which would not tolerate Roman Catholicism. Therefore it was difficult for followers of the Catholic faith to worship freely in England. Guy Fawkes and the other members of the Gunpowder Plot were all Catholics and the plot was a response to the repression they experienced. Another reason for wanting to kill the King was that King James I was Scottish. Up to 1603, England and Scotland were ruled as two separate nations with two different monarchs. After the death of Queen Elizabeth I, King James (who was then King James VI of Scotland) was next in line to the throne of England. Therefore he became the first monarch to rule both nations, a situation which would later go on to create what is now the United Kingdom. Some English people were opposed to being under the rule of a Scot so the Gunpowder Plot would have put an end to that.

Guy Fawkes was an experienced soldier. Although he didn't fight for his country, he fought for the Spanish against the Dutch in the Netherlands. This is where he gained experience with explosives, and also where he decided to call himself Guido.

Although Guy Fawkes wasn't the main conspirator in the Gunpowder Plot, he probably had one of the most important roles. A cellar below the Houses of Parliament was rented by the members of the plot which was filled with 36 barrels of gunpowder. There was enough gunpowder that it would have completely destroyed the building and caused damage to buildings within a one mile radius of it. Guy Fawkes was in charge of guarding the gunpowder, and, if he hadn't have been caught, would have been the person that lit it. It is claimed that, although there was enough gunpowder to cause quite considerable damage, the gunpowder had actually "decayed" and, if it had been lit, would not have exploded! Ironically, the cellar that the gunpowder was stored, and the Houses of Parliament themselves, were later destroyed in a fire in 1834. The fire was accidental.

During his involvement in the Gunpowder Plot, Fawkes called himself John Johnson and gave this name when arrested.

Despite being involved in what is basically a terrorist plot, Guy Fawkes was named the 30th Greatest Briton in a poll conducted by the BBC in 2002.

Shortly after being discovered, Fawkes was taken to the King's bedchamber to explain why he wanted to kill him and blow up Parliament. Fawkes calmly answered that he regarded the King as a disease since he had been excommunicated by the Pope. He also explained that he needed such a huge quantity of gunpowder "To blow you Scotch beggars back to your own native mountains!" 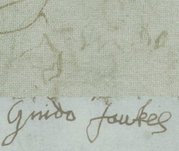 Under torture, it took up to four days for Guy Fawkes to admit to his part in the Gunpowder Plot and give names of other people involved in it. His signature on the written confession after torture, which is still held by the National Archives, was very faint and weak (shown in the top half of the image on the right). A signature on a confession written eight days later shows his name, which he wrote as "Guido" (must have still thought he was Spanish) much more clearly (the bottom signature in the image on the right). Fawkes and other people involved in the Gunpowder Plot were tried on January 31st 1606 and then hung, drawn and quartered in the Old Palace Yard in Westminster. Fawkes leaped from the gallows when being hanged to escape the unplesantness of being drawn and quartered. Contrary to popular belief, Fawkes wasn't thrown onto a bonfire. That only happens to straw dummies made of him since.

An uninhabited island to the north of Santa Cruz Island in the Galapagos Islands is named Isla Guy Fawkes, or Guy Fawkes Island. Who knows why? Maybe he planned to escape there? 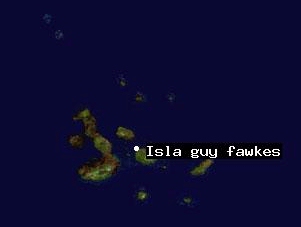 Guy was once a term for an "ugly, repulsive person" in reference to Guy Fawkes. Straw effigies made of Guy Fawkes and burned to remember the Gunpowder Plot are also known as "guys". In the 17th Century, live cats were stuffed into the effigies to make it sound like "Guy" was screaming as being burned. Over time "guy" began to be used as a term for a man (possibly as a half-meant insult), and is a word in common use today.