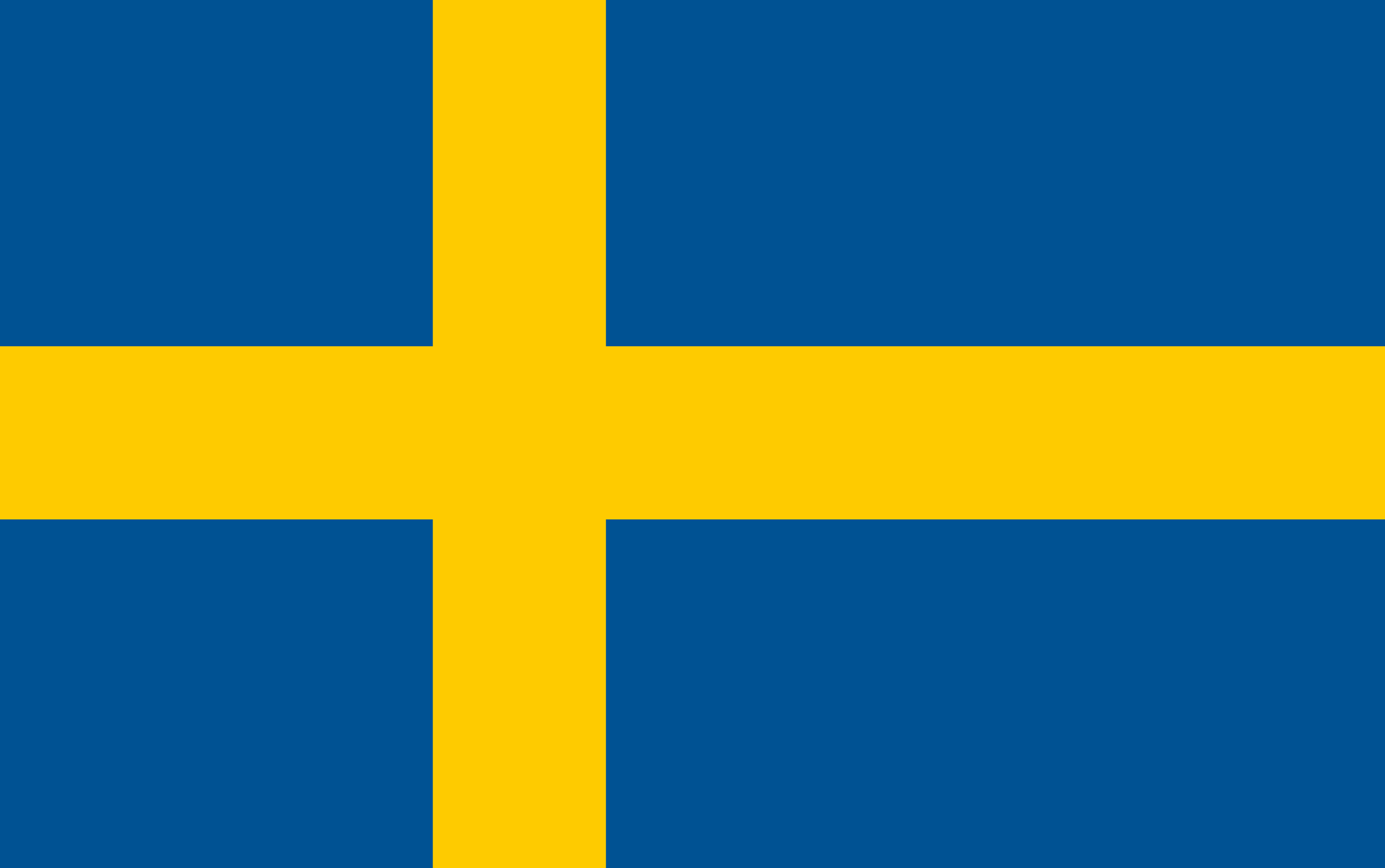 Famous for flat pack furniture, meat balls, ABBA and cars with headlights that won't turn off, Sweden has contributed greatly to making the world a better place. Here are ten facts about Sweden.

Sweden is a Scandinavian country located in northern European in between Norway and Finland. It is also connected to Denmark by the Oresund Bridge. Sweden is the 55th largest country in the world and the 5th largest in Europe. It is about the same size as Spain or California, and about twice the size of the United Kingdom. Its population is about 9 million, with approximately 2 million living in and around the country's capital, Stockholm. This means Sweden is sparsely populated for a large country with its northern regions being mostly unpopulated (apart from Father Christmas and his elves up in Lapland!). It is known as Sverige by its population and its flag is a blue with a yellow cross.

For at least one thousand years, Sweden has been ruled by a monarch. The country's current monarch is King Carl XVI Gustaf. Like many modern monarchs, the King performs ceremonial duties and acts as a representative of the country, but doesn't have much to say in the actual running of the country. This is left to the county's Prime Minister and his/her government, elected every four years. The Swedish royal family live in the Palace of Drottingholm.

Sweden is the world's third biggest exporter of music after the US and the UK. Its most famous musical export is ABBA, who won the Eurovision Song Contest in 1974 with their song Waterloo. After their victory, they went on to international stardom, releasing hits such as Dancing Queen, Money, Money, Money, Knowing Me, Knowing You, Take a Chance on Me, Mammia Mia, Thank You for the Music, The Winner Takes it All, and many more. The musical Mammia Mia! and movie based on it uses the music of ABBA to tell its story. Other Swedish musical exports include Roxette (It Must have been Love), Ace of Base (All That She Wants), Europe (The Final Countdown), Rednex (Cotton Eye Joe), The Cardigans (Lovefool) and Eric Prydz (Call On Me).

Another famous Swedish export is flat pack furniture and the name most people associate with flat pack furniture is IKEA. Originally founded by the Swede Ingvar Kamrad in 1943, IKEA now has a presence all over the world, where you can buy modern but affordable furniture, take it home and have fun assembling it yourself. You can also experience Swedish culinary delights in the stores' restaurants, such as Swedish meatballs, lingonberry jam and hot dogs (not sure how Swedish they are!) And, if assembling flat pack furniture isn't enough for you, you can also buy some Swedish food to take home to eat in your newly-furnished living room.

Another major Swedish brand is the car manufacturer Volvo. Founded in 1927 in Gothenburg, Sweden, Volvo is now owned by the Ford Motor Company although still makes Volvo cars under the Volvo brand. Swedish law means that cars have to have dipped headlights on at all times during the day. This is because, with the country being so northern, certain parts of the country don't get any sunlight in winter, and other parts receive a limited amount of dim light. So older Volvo cars are built without an off switch for their lights (apparently they do have an off switch, but it doesn't actually switch them off) and when the cars are exported, it is quite common to see drivers of Volvo cars driving around in the middle of a bright summer's day with their lights on. Ironically, in summer, it never goes completely dark in northern Sweden.

Swedish people like to be well-connected. 77.4% of the country's population are connected to the Internet. The only European countries with a higher proportion of Internet users are the Netherlands (90.1%) and Sweden's neighbour, Norway (87.7%). Around the rest of the world, only New Zealand (80.5%) and Australia (79.4%) have more proportionate internet users than Sweden. This information is correct as of June 2008 and reports about internet usage around the world can be seen on this website.

As in many European countries, owners of television sets in Sweden have to pay a television license. Known as the Television Fee in Sweden, this payments funds the broadcasting of channels and production of programmes for SVT. The fee also pays for several radio stations, although a license isn't required to receive them. Television in Sweden began in 1956, with its first channel being known as Radiotjanst TV, which was changed to Sveriges Radio TV in 1957 and TV1 in 1969 when a second channel called TV2 was launched. It changed its name again in 1987 to Kanal 1 and then became SVT1 in 1996. Its sister station TV2 also became SVT2 in 1996. As these channels are funded by a license fee, they do not show advertising, although programmes can be sponsored. These two SVT channels didn't face terrestrial commercial opposition until 1992, when TV4 launched. Commercial programming had been available in Sweden via satellite previous to this with TV3 beginning broadcasts from 1987 and TV4 in 1990, two years before appearing as a terrestrial channel. To get around strict laws surrounding advertising, many Swedish satellite channels are broadcast from the UK (such as TV3, ZTV, Kanal 5 and the range of Discovery, MTV and Cartoon Network channels). For many years, TV4 was unable to allow advertising in the middle of programmes, having to show commericials after one programme had finished and before the next one starts.

Sweden is one of the few European Union countries to retain its own currency and not use the euro. Its currency is the krona which was introduced in 1873. One hundred ore make up one krona. Sweden is actually obliged to adopt the euro at some point since it joined the European Union after the 1994 Act of Accession but, using a loophole in the law (the fact that the krona is not a member of the European Exchange Rate Mechanism), has been able to declare itself ineligible. The only other two European Union countries also to refuse to adopt the euro are Denmark and the United Kingdom who still use krone and pound sterling respectively.

In world affairs, Sweden likes to keep itself neutral. It was once a great military power and was involved in many wars centuries ago, but, since 1814, hasn't fought in any wars. During the First and Second World Wars, it was sympathetic to Germany, but this was largely to prevent itself from coming under attack. Despite its peaceful approach to foreign policy, all Swedes over the age of 19 have to complete up to 15 months of military service. Swedish soldiers also have a presence in parts of the world although largely as UN peacekeeping forces.

Prior to the 17th Century, English speaking countries referred to Sweden as Swedeland. It gradually became known as Sweden, adopted from the Dutch name for it, Zweden.