Here are ten eggcellent and eggciting facts about eggs. 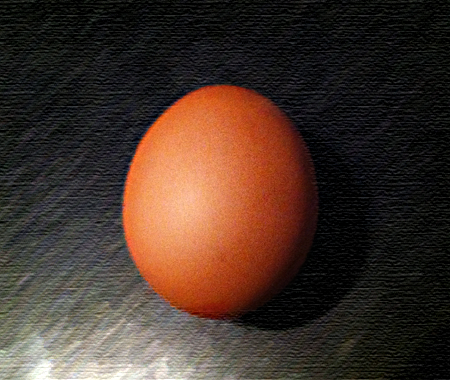 The Egg was seen as a symbol of creation in many ancient civilisations most likely because most living creatures are born from an egg in one way or another, including human beings!

Some famous (or not-so-famous) eggs, egg-named characters or products.
Humpty Dumpty - an egg that fell off a wall, fell apart and couldn't be put back together. Unless you listen to the lyrics of a new version of the nursery rhyme concocted for "creative" purposes by the BBC
Big Eggo - Ostrich and first ever cover star of The Beano comic in 1938.
Dizzy - Egg with legs, arms and a face that featured in several computer games of the late 1980s and early 1990s.
Chuckie Egg - Another British 1980s computer game, available for most of the home micros of the time.

The British Member of Parliament MP Edwina "Eggwina" Currie made a claim in 1988 that most British eggs were contaminated with salmonella. This caused a 60% decline in egg sales. 400 million eggs needed to be destroyed and 4 million hens slaughtered to stop them laying any more. The British government paid out millions in compensation.

In 1998, 10 years after Edwina Currie's comments caused the sharp decline in egg sales, TV chef Delia Smith taught the nation how to boil the perfect egg as part of her ‘How To Cook’ series. Sales of eggs shot up!

Vegans - look away now. Eggs that you eat are laid by hens (female chickens). These hens are bred for the sole purpose of laying eggs for food, and all eggs that they lay are unfertilised, which means you're very unlikely to find a chick hatching from one of them when you get it home. When a male chick is born, unless it is going to be used to breed more hens, it is killed shortly after having its sex determined, quite often within a day of being born. Billions of male chicks are culled each year as they have no use in the edible egg industry.

In the 1950s, eggs were advertised on British TV by comedian Tony Hancock. The famous campaign, and its slogan, “Go To Work On An Egg,” promoted the affordability and health benefits of eating eggs for breakfast each morning. An attempt by the British Egg Information Service (we have an egg information service?!) to rebroadcast the commercials in 2007 was declined by advertising regulators because they didn't promote a varied diet! You can watch these dangerous commercials here! www.gotoworkonanegg.co.uk