Cucumbers - are they fruit or are they vegetables? Or are they even both? Find out here, as well as nine other things you'll probably never ever need to know about cucumbers. 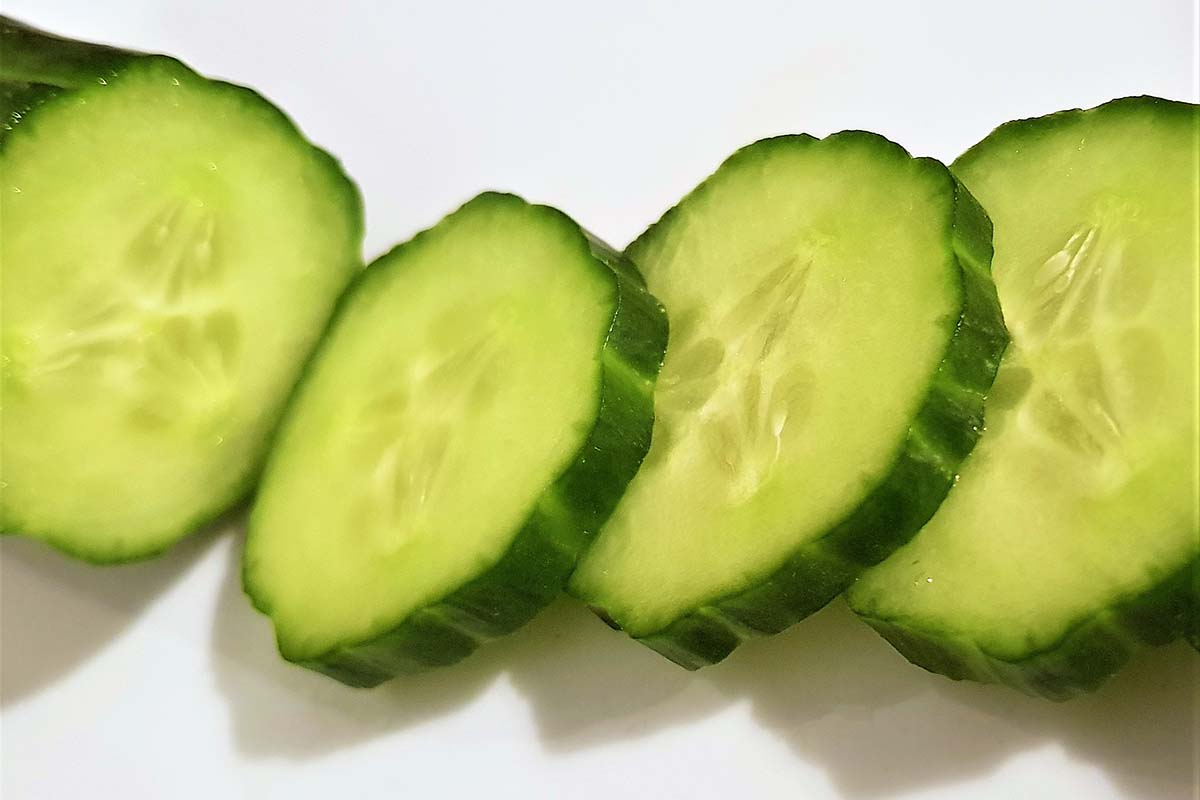 Cucumbers are fruits, not vegetables. But why? In simple terms, fruits grow on trees or plants. Vegetables don't. Also, fruits have seeds whereas vegetables don't. A vegetable tends to be the product of a seed (plant a carrot seed, and you end up with a carrot!), while a fruit seed grows into a tree or plant which then produces fruit. Those fruits contain more seeds. So, although you might not find cucumbers next to the oranges, apples and pears in your local supermarket, cucumbers are most definitely fruits. Other fruits that people sometimes think to be vegetables include tomatoes, peppers and olives. And what about peas? The peapods that peas grow in are fruits, and the peas themselves are actually seeds!

About 96% of the content of a cucumber is water. They are a tasty and refreshing source of hydration.

The high quantity of water that cucumbers hold causes them to be about 10 degrees cooler inside than the air temperature outside them. This means that they are cool to the touch and is where the phrase "cool as a cucumber" comes from, although the phrase usually refers to somebody being in a calm frame of mind rather than them being a bit chilly. 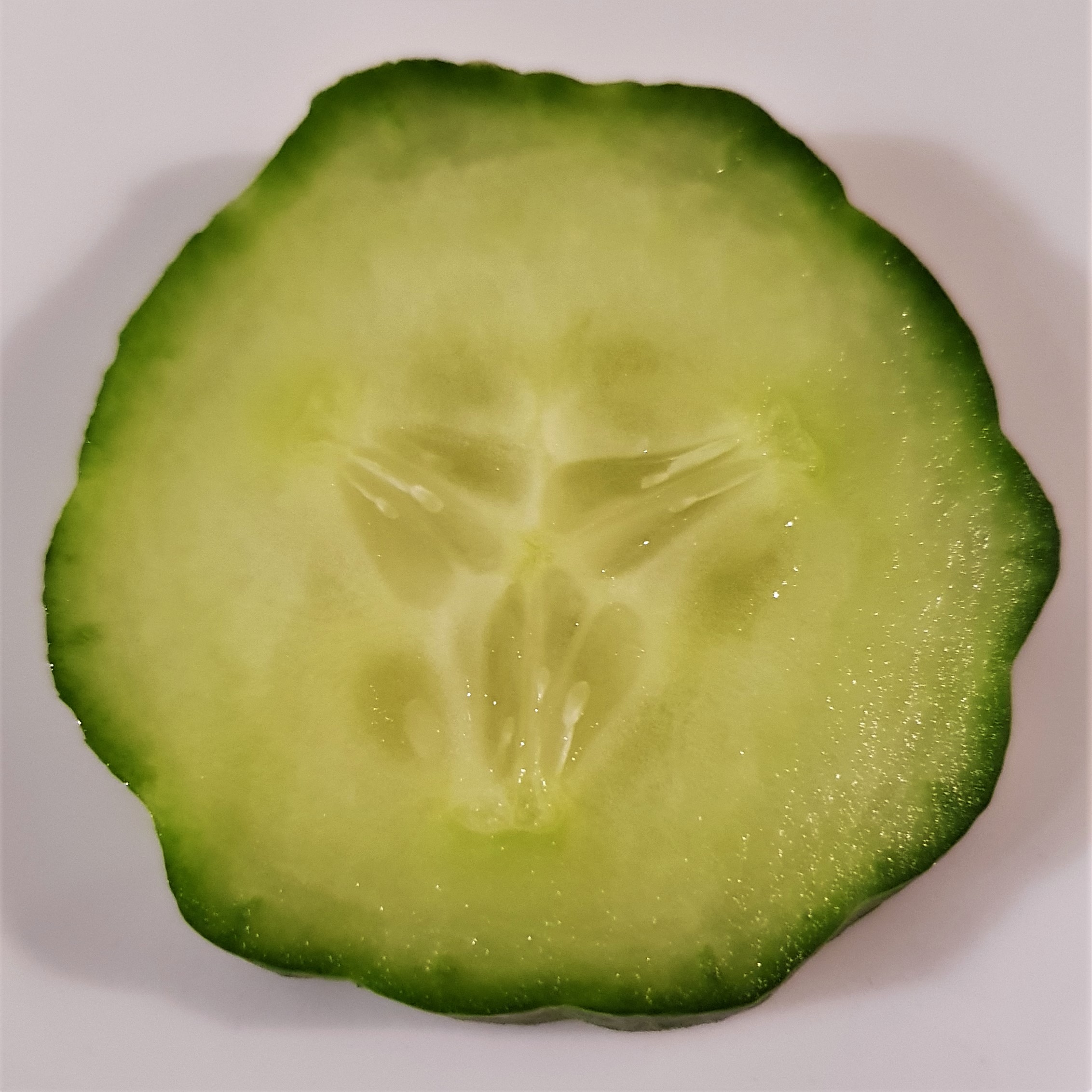 Cucumbers originated in India over 3000 years ago. Nowadays China is the world's largest grower of cucumbers, producing over three quarters of the planet's cucumbers. The total weight of all of the cucumbers produced by China each year is about 55 million tonnes.

Do you have puffy eyes? Placing a slice of cool cucumber on each one for a few minutes can reduce the puffiness. They contain antioxidants and flavanoids but perhaps the main reason why they can help to reduce the appearance of puffy eyes is simply because they are cool, and seem to be the perfect size to cover an eye.

As well as being a source of water and reducing puffy eyes, cucumbers have other health benefits. They contain minerals like magnesium, potassium and silicon which are great for skin and they are very low in calories and don't contain salt, sugar and fats so can help you to maintain a healthy weight.

There is a variety of cucumber known as a burpless cucumber, named as such because they don't give you gas! Burpless cucumbers are sweeter, longer and slimmer than regular cucumbers. They don't contain cucurbitacin which is a compound found in most other cucumbers. Cucurbitacin gives cucumbers their bitter taste, but is useful as it deters animals from wanting to eat them. Cucurbitacin can cause gas or indigestion. So remove cucurbitacin, and you get less bitter cucumbers, and less gas too! But a greater risk of insects wanting to munch on them while they're growing.

Cats appear to be terrified of cucumbers. Various people on the internet have been placing cucumbers behind their unsuspecting feline friends and filming their pet's reactions when they spot the frightful fruit. As it's a fairly new find, there isn't a scientific explanation for this. It could just be that the cat's instinct is that it could be a predator (killer cucumbers?) or that they're just taken aback to see a random unexpected item behind them. Here's a video of cats scared of cucumbers

Cucumbers have been grown in space. Scientists on board the International Space Station grew cucumber plants to try to figure out whether it is gravity (gravitropism) or water (hydrotropism) that has the most influence on why a plant's roots grow downwards here on Earth. Turns out it is water.

There is a creature called the sea cucumber named because of their resemblance to the good old cucumber. There are over 1000 spieces of sea cucumber which are found on the sea bed all around the world , existing in a variety of shapes and sizes. They breathe through their anus, expel their internal organs when in danger (which later regenerates), have no brain, and usually have no eyes so can't see. They move along the sea bed with rows of tentacles, which are also used consume the remains of dead sea animals. Although they don't sound too appealing, these ceatures actually cleanse the sea bed. In the Far East, sea cucumbers are eaten as a delicacy.